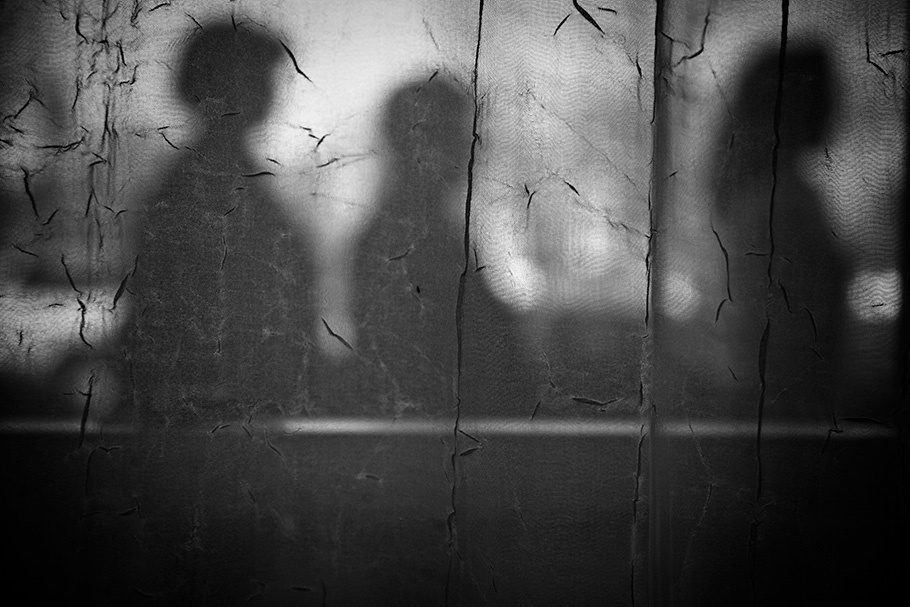 As I mentioned in my last blog post, I have always had a fascination with the paranormal ever since I was very young. Growing up, I lived on an old farm in Rochester that had been constructed in the late 1880s.

Since the buildings were already over 100 years old when my family purchased the farm in 1997, the house had to undergo an extensive remodel before we could live there.

It was during this time that my little brother (who was three) began telling us stories of a monster that lurked about the house. He referred to it as “big shadow”.

This big shadow was often spotted by my brother peering out the kitchen windows while we were playing outside, or in our bedrooms at night.

I never saw the creature myself.

Often, my little brother would be heard talking out loud while he was in a room by himself. When we asked him why he was talking to himself, he explained to us that he was talking to the “people that lived in the ceiling”. He also mentioned hearing a voice screaming “I didn’t do it!” on more than one occasion.

*Update–I talked to my brother about this yesterday and he said that the voices would come out of a an old chandelier that hung in the kitchen and was original to the house. He also said he would have nightmares frequently and feel hands grabbing at him while he slept.

My parents downplayed the indecent and told my little brother that “big shadow” was not real and was all his imagination. However, many years later and long after we had moved out of that house, my father revealed to me that both he and my mother had  actually been very concerned. They hid this in order not to frighten my siblings and I.

My father said that on many occasions he would hear or see strange things in that house at night.

One guest that visited around that time swore she saw a dark figure standing on our back porch and she left right away. While she told this to my parents at the time, I only found out about it recently.

My father began playing Christian music round the clock throughout the house. We began reading our Bible’s and praying regularly out loud. After a while, “big shadow” and the “people who live in the ceiling” were heard from no more.

I still remain fascinated with that experience to this day.

The potential ghostly presence in my childhood home was only interesting to me, not frightening.

What I had experienced with Jane that September night was absolutely terrifying. After Jane left, I had turned every single light on in my apartment and stayed up watching tv all night. The next morning, I made the two hour drive back to Warsaw..

As I drove back home, my hands were still shaking so bad that I had to really grip the steering wheel. I mentally pulled up my catalog of horror movie experience and began to compare notes with everything that Jane had told me about her nightmares and the events of last night.

It didn’t take me long to put a name to the “black thing from the dreams” that had introduced itself to me.

Everything pointed to this. All the signs were there! The nightmares, the figures with robes and crowns, the violent seizure. It all added up.

As you may have guessed from that little peak into my childhood earlier, I grew up in a Christian household. I remember hearing stories about demons from the Bible when I was younger. It elaborated about these creatures and how they would control people. It even mentioned demons throwing victims to the ground and causing seizures. Crazy stuff right?

I did believe in the Bible and in God, but I had never really given much thought to the existence of devils and demons in the real world.

As the day went on, I began to mentally downplay what I had seen the night before. I began making excuses and trying to logically explain everything. After all, I hadn’t seen Jane float, or make inhuman sounds, or exhibit super human strength. Nothing in the apartment had moved by itself.

By that afternoon, I had almost successfully convinced myself that what had happened to Jane was simply some sort of mental disorder. A case of split personality perhaps.

My sister works in psychiatry so I called her and told her what I had experienced. I was hoping for a “Oh yeah that’s totally normal! I see people like this all the time!”

That’s not what I got.

On the contrary, she told me it sounded like demonic possession.

I stayed in Warsaw with a friend for a few days after playing video games and watching movies. I was trying to pretend like nothing had happened. That’s how I wanted it.

When I returned home to my apartment, I found it to be in a disaster state. It looked like I had rushed away due to a flash flood or a bomb threat. All the lights were still on. Clothes were scattered everywhere due to my rushed packing. I even left a facet running.

So I cleaned it up. I had reached the decision to ignore what I had seen.

I didn’t see Jane for a little while after that. When I did, I told her what my sister had said. She didn’t care much and neither did I. We went on with our lives.

We still hung out frequently and nothing strange happened for about a month.

We couldn’t hide from it forever though.

On a October night, just a few days before Halloween, the Monster would visit my home once more. And it would not appreciate being ignored.

Based on True Events

4 thoughts on “My Story Part 2- Shadows and Denial”