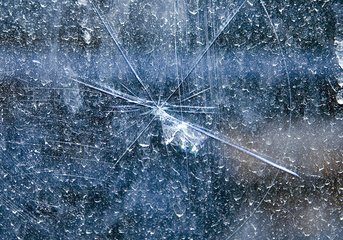 I read a quote once that said:

“People come in and out of our lives, and the true test of friendship is whether you can pick back up right where you left off the last time you saw each other.”

That how I felt after my re-commitment to Christ.

Although I had spent ten years living apart from God, I found that I still knew him just as well at 26 as I had at 16.

All the pain, depression, and anxiety that had plagued me relentlessly began to melt away instantly. And the very things that had made me depressed or anxious in the past now seemed small and unimportant.

It was only a few days after my re-commitment that the Lord gave me an opportunity to stretch those spiritual muscles that hadn’t budged in a decade.

That evening, I invited Jane over for pizza. I thought it was important to hang out with her as soon as possible. I wanted to show her that I was not afraid of her and that I did not think she was a freak or anything horrible like that.

After dinner, I explained to her what I had done (as far as re-committing to Jesus), and offered to help her do the same. I figured that if Jane also re-committed her life to Jesus, the demon that haunted her would be forced to flee (I would discover later that this was not the case).

Jane was a Christian and she had been for many years. During the past year however Jane’s life had become difficult and circumstances had caused her to walk away from the Faith. What she didn’t know is that she was being watched. Observed by the spiritual forces of darkness that prowl our communities daily, searching for new victims. And one of those monsters noticed Jane’s period of weakness and vulnerability. And it pounced.

I need to point out before we go any further, that Jane’s temperament is normally calm and collected. I had rarely seen her get upset before.

Upon my mentioning of Jesus, Jane became furious.

She began to call me a hypocrite and tell me that there was no way that I could have changed overnight and that I was “just pretending” and that “having a little Jesus moment” would not help solve her problems. There was also a colorful assortment of curse words tossed in there as well.

What Jane was experiencing that caused her to lash out like this is a mild form of demonic suppression.

I say “mild” because in this case, the evil spirit was only messing with her thoughts and mind. In a bit I’ll tell you about a case of severe suppression which is quite scary!

Make no mistake, the black crown wearing devil was standing right next to Jane with its sinister claws dug into her neck. One thing was certain, this monster did not want Jane to hear about Jesus.

I was very new in dealing with evil spirits at this time so I simply tried to calm Jane down using normal means. If this happened today, I would recognize this atrocious shift in character as a spiritual attack and pray immediately.

Jane calmed down after a bit and apologized for her sudden outburst. Discouraged, I did not continue the conversation about Jesus. To show her that I was not mad or upset with her, I suggested we play video games. We spent the rest of the evening shooting zombies and blowing stuff up.

I found myself in a bit of a difficult spot. I knew I wanted to help Jane. I didn’t really know how to help her though. I was willing, but ill equipped.

And it seemed from our conversation earlier that she did not desire any sort of assistance from me. I’m pretty persistent though and refused to give up after only one attempt.

Jane visited my place later on in the week and I tried again. I got her talking this time.

Instead of jumping right in with the Jesus part, I started by asking her what she remembered about the night of the attack. I asked if anything scary had happened in the days that followed. Jane became instantly nervous during this conversation and suggested that we should stop discussing this. I asked her why. This is what she said.

Kind of sounds like something a creepy child in a horror movie would say right? I didn’t take this warning of an impending demonic attack seriously. I was on this “spiritual high” because of my re-established faith and I felt like I could take on a legion of demons.

Ironic, because that’s exactly what was about to go down.

Jane told me a story about an young man that she had dated in college. She said that she did begin to confide in him once about the monsters that tormented her at night. This young man was a Christian and he did believe her. He even offered to pray with her.

But that night he was visited by the black ghoul from Jane’s nightmares. Let’s just say that after that horrific experience he was less enthusiastic to get involved with Jane’s spiritual dilemmas.

I however have always struggled to take a hint.

I promised Jane that “he” wasn’t here with us and that we were perfectly safe. I asked her if she would like to pray together. She was skeptical, but eventually agreed.

Now (as I promised earlier) we are going to get to see some of that that severe demonic suppression unfold.

I hadn’t prayed out loud in front of others in a decade so I was a tad rusty to say the least. My intention was to say a simple prayer asking for protection against evil spirits. I suspected that the prayer would be more effective if Jane herself prayed it instead of me, but I thought I would lead in order to break the ice.

As I recited that very awkward prayer, I was flabbergasted at my uncomfortable stiffness while praying out loud in front of another person. I could pray by myself no problem, but I found that I was very poor with forming sentences that made any sense when others were present. I think I even referred to Jesus as a “really good guy” at some point in that prayer. Just to give you a taste of how bad it was.

When I had finished my cringey prayer, I asked Jane if she would like to pray for herself.  She agreed to do this having gained a small amount of confidence by hearing me pray. It really would be a challenge to say a worse prayer than mine.

She attempted to say “Dear Jesus”.

What came out was something like “Dear Je…” It was like the word got caught in her throat. Jane shook her head in frustration and tried again. Same thing. The word “dear” would come out just fine. Jesus however seemed to be a problem.

And then her body began to shake. She buried her face in my blanket (we were sitting on my bed) and put her hands over her ears.

Jane: “They’re here and their talking to me!”

Me: (absolutely horrified at how this prayer session is going) “They?”

Jane: “There coming in here! All six of them!”

Jane: “They are in here! They’ve surrounded us! I can see them! Their robes are different colors!”

*as I mentioned earlier, Jane’s head was buried in a blanket and her eyes were closed. When she said she could see them, I assume they were manifesting themselves inside her mind. Sort of like dreaming while being awake.

Me: “Wonderful. Jane, you need to tell them to leave in the name of Jesus!”

Upon the name “Jesus” leaving my mouth, Jane’s body jumped. She groaned in pain. She blurted something out about being “stabbed in the stomach.”

I was enticed by the result of saying “Jesus”. The monsters seemed to really hate that! So I said it again.

Jane’s body began convulsing exactly like it had on that January night. A fierce growl roared from her mouth.

I began to pray out loud. I asked Jesus to end the spiritual attack that Jane was under. I asked him to let his power over evil be demonstrated for Jane to see. I even refereed to the demons as “insects” in my prayer. That little nick name was met with a ferocious roar from the demons. Clearly, they have an ego problem.

All of a sudden Jane flipped over and sat straight up. I was very familiar with the demented grin and gleaming eyes that had twisted across her face. The Monster had taken control.

Before he could speak, I took action.

Me: “In the name of Jesus Christ I command you to leave!” I blurted out.

The creature’s smile froze in place. He glared at me with a burning hatred and then with one last angry growl, he vanished into the night.

Jane woke up seconds later. Without prompting she immediately said “In the name of Jesus leave!”

The attack ended as quickly as it had begun. Jane explained to me later that as soon as she began to pray, six robed figures came into my bedroom and stretched out their bony hands over us.

While Jane was able to say the name Jesus after the suppression had been lifted, this attack left her very disturbed and afraid by the results of her first attempt to pray in a year. That black crown wearing demon had a taken a vicious hold on her during her time away from the Father. And he wasn’t going to leave without a gruesome fight.

And that monster wasn’t working alone. Five other horrors had crawled out of the darkness to join him.

The battle lines had been drawn. While Jane and I had ultimately triumphed (with the help of Jesus) over the monsters that night, I knew this fight was far from over.

Nevertheless, that previously unchallenged aura of suppression that the demons had built around Jane’s precious soul, now had a crack in it. A beautiful fracture that could only mean one thing.

Based on true events