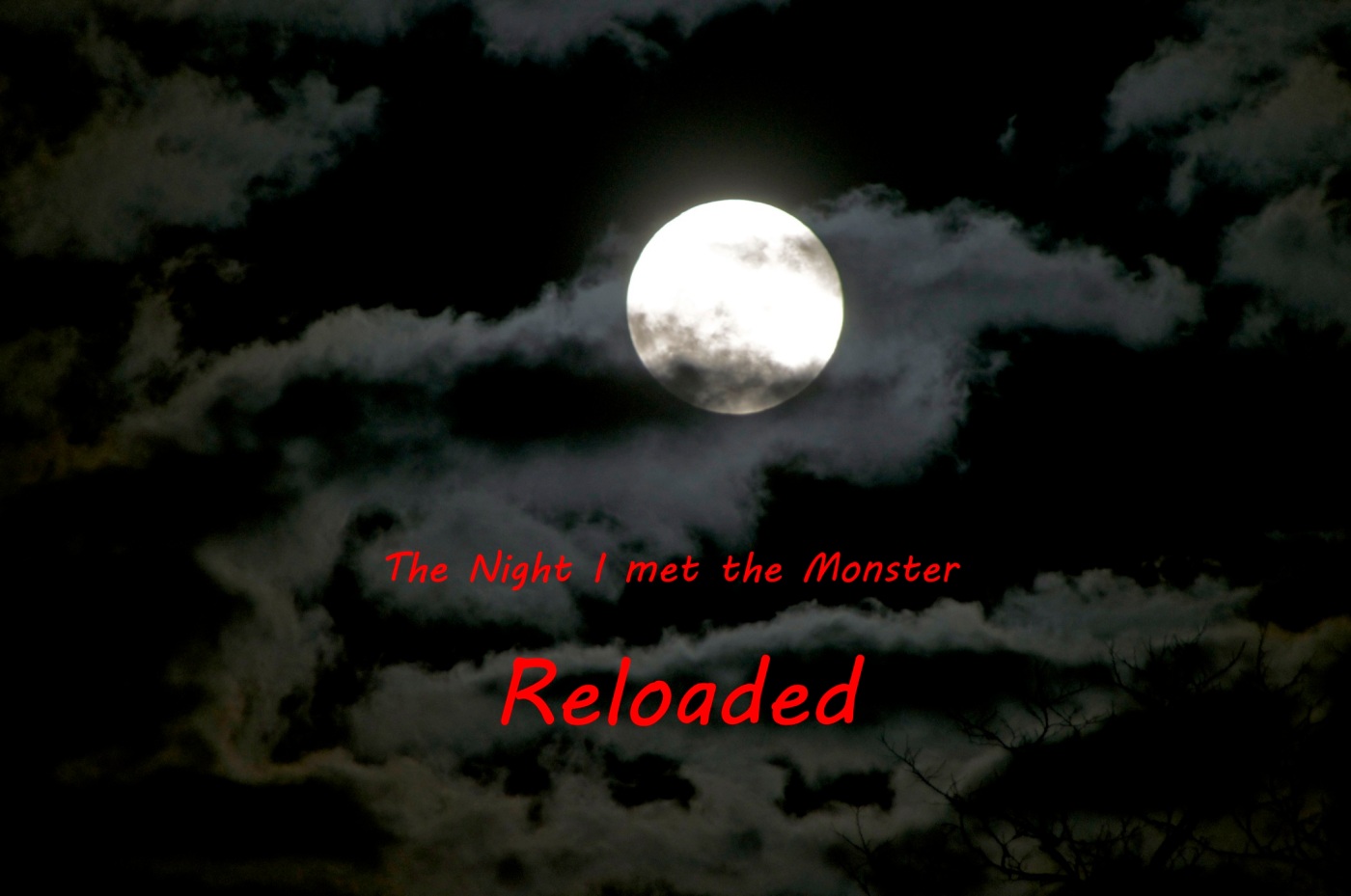 Evil visited my home on a chilly fall evening last year. Prior to that night, I did not believe in the presence of monsters in the modern world. Now I see them everywhere. My hope is that by the end of this book, you’ll see them too.

My name is Jeremiah, and the story you’re about to read is true.

My journey begins a few months before that fateful autumn night. Let’s wind the clock back a year. My story takes place in Indiana beginning in the summertime of 2017.

It was during that summer that I relocated to West Lafayette, for a new job. I now found myself living two hours away from my cozy hometown and everyone I knew. Not a terrible distance, but the large city atmosphere was definitely a noticeable change of pace from the sleepy little town of Warsaw.

Indiana doesn’t exactly have a reputation for being particularly exciting, I’m aware. However, I would soon discover that lurking among the endless cornfields, in the dead of the night, were unfathomable terrors.

It was during my time spent in the central part of the state, that I would encounter a person who would open my eyes to the presence of in-bodied evil in the modern world.

When I first met Jane, she seemed just as normal as any young woman in her early twenties. She was a senior in college, she had roommates and a dog. Jane was passionate about music and she also cared deeply for nature. Jane was fun-loving and smart. She was full of life and a joy to be around.

However, there was more to Jane than what presented itself on the surface.

After hanging out with Jane for a few weeks, she began to tell me some strange stories. I had known from the start that Jane was a late night, caffeine drinking, gamer girl, but the chilling explanation she gave to her insomniac lifestyle was unusual to say the least.

Jane revealed to me that she experienced strange and often terrifying things late at night when she was alone in her bedroom if she dared to try and sleep.

Jane told me of dreams that she would have about abandoned buildings, ruins, and towns. Sometimes these places would resemble a war-torn version of her childhood home, her college campus, or a combination of familiar places from her past.

Jane was never alone in her visits to these phantom landscapes.

Often, Jane would encounter silent ghostly versions of people that she knew. While other times the faces she would see were unfamiliar as if they were nothing more than fellow lost souls wandering this strange astro-plane.

There were other things there too.

These tall beings would chase Jane and the others, capture them, torture them, or whisper horrifying things in their ears. Although the faces of these humanoid terrors were almost entirely covered by their hoods, there was one chiseled feature that Jane could clearly make out.

Among these hideous monsters, lurked one creature that stood out from all the others. His robe was solid black, and on his head, he wore a flashing golden crown.

Jane went on to tell me that these creatures would often hurt her in her sleep. She sometimes would awaken with unexplained bruises, burns, and scratches that were parallel to injuries she would sustain during her nightmare. On rare occasions, she would discover cruel bite marks on her body.

On some nights when Jane would awaken from these night terrors, she would swear that just for a second, she would see one of these horrors, in her room, in our world, standing at the foot of her bed. Standing, staring, and smiling.

My entire life, I had always had a fascination for the paranormal. It was during my junior year of high school that myself and two friends set out on a quest to visit every allegedly haunted place in Indiana. Equipped with a video camera, we had made it our mission to prove the existence of ghosts and ghouls (we even hunted a troll at some point).

After several months and over one hundred hours of video, we had tromped through every cemetery, abandoned building, forest and church in the Hoosier state. We found nothing.

I was also a horror movie junkie. I loved it all! Anything from the old classic monster movies, like A Nightmare on Elm St. and Friday the 13th, to the more modern (and much more frightening) movies like Insidious, Paranormal Activity, and The Conjuring.

So naturally, I was fascinated with these elaborate horror stories that Jane would tell me. I marveled at the great detail in which she would describe the places she would journey to and the monsters that she would encounter in her sleep.

To Jane, this was reality (not to mention, terrifying). To me, it was just an interesting story and nothing more.

I never fathomed that the apparitions that haunted Jane at night could be real.

My opinion on the matter changed in late September, on the night that the evil residing all around us revealed itself to me. Jane had come over to my apartment for dinner that evening. We made plans to make Italian grilled cheese and play video games.

Unbeknownst to me, Jane was in rough shape when she arrived at my place. Earlier that day, her ex-boyfriend (whom she had recently broken up with) had informed her that he had never truly cared for her and had only used her for sex. Ouch.

So obviously Jane was not the happiest of campers. She painted on a brave face and attempted to make conversation and even laughed at my terrible jokes, but she began to really fall apart by the end of dinner.

Jane had been diagnosed with severe anxiety the year before. During times of heightened emotion and stress, she would sometimes have anxiety attacks. At a glance, these attacks looked like mini seizures often accompanied by difficulty breathing. I had seen Jane have a very mild attack once before.

What awaited me around the corner would change my life forever.

Jane wasn’t sitting or lounging on the couch as I expected she would be. The TV had been switched to some infomercial channel and was now silently flashing eerie light about the dark room. Jane was just standing there looking blankly into the screen.

She was completely frozen like this. This scene could have been plucked straight from a horror movie! It was an unsettling sight to say the least. I went over to her and attempted to talk to her. She didn’t respond. She didn’t even blink.

I took her arm and gave her a small shake to try to snap her out of whatever trance-like state she was in. She didn’t respond to that either.

This is a tad strange right? What would you do if one of your friends suddenly became an incoherent statue bearing a twisted grin?

Suddenly, Jane came back to life! Paying no attention to me, she turned and made a mad dash into my bedroom and threw herself on my bed. Upon landing on my mattress, Jane began having an anxiety attack. Her whole body convulsed. She began having what appeared to be a seizure on my bed.

Like I stated earlier, I had seen Jane have an anxiety attack once before however, this one was far more severe. The first anxiety incident I had witnessed only involved a small amount of shaking.

Not knowing exactly what to do, I gave her space and made certain that she did not fall off the bed.

As she thrashed about, her breathing also turned into a vicious gasp and she clutched at her throat. Her eyes slammed shut and she passed out. Her body, however, continued to convulse violently, even though she was unconscious. I stood there feeling rather helpless. I decided that I would wait one minute and then call 911.

All at once, Jane stopped shaking and sat straight up. Her eyes opened and began scanning the room. She appeared to be very confused, like she had no idea where she was at. I thought everything was okay and the anxiety attack had passed.

This is almost an exact quote (as well as I remember) of what transpired next.

(a twisted smile began to creep up Jane’s face)

Jane: “I’m the black thing she sees in her dreams.”

Me: “Um, no I’m not sure who you are, but I’m sure Jane will be back any minute” (I didn’t know what to say so this stupid sentence is what came out).

After that Jane (or rather the black thing) laughed and vanished away into the night. Jane’s body collapsed onto the bed like a rag doll. In a flash, Jane sat straight back up, awake and screaming. She began to spew about a “dream” that she just had, involving the black thing. During this dream, the black thing had locked her in a concrete room and left.

I was dumbfounded. My entire body was shaking. I could barely put words together to make a sentence. I don’t think I had ever experienced fear like the raw terror I felt that night.

Those creatures that haunted Jane’s dreams were real! The crown wearing monster in black had literally just revealed itself to me, right here, in my apartment, on my bed!

My mind swirled in a state of disbelief at what I had just seen.

After I had composed myself, I told Jane what had happened while she was unconscious. She was definitely concerned and terrified, but she had not seen what I had seen. She had not seen her body come to life while she was unconscious and introduce itself as “the black thing from the dreams”. Also, this was not her first rodeo with the supernatural.

I was utterly disturbed.

Little did I know, this was only the beginning. The Monster was just warming up.